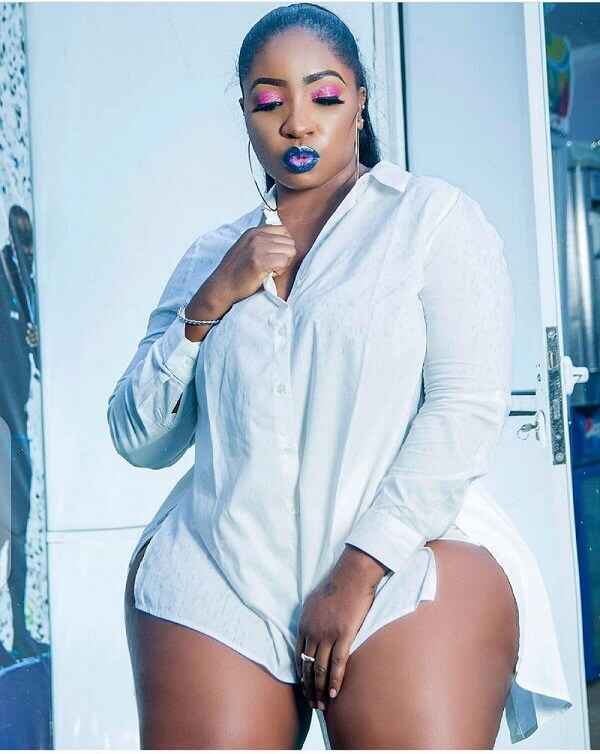 On Valentine’s Day, February 14, Anita Joseph, a Nollywood actress, and her boo MC Fish shocked their fans by getting married in a private ceremony.

You will recall that Anita announced her wedding two weeks ago with lovely pre-wedding photos. The Anambra State-born movie star has a word for those who mocked her relationship with MC Fish. She shared lovely photos from their wedding and wrote:

“We are Actually Married🙈 You make me so happy pappy❤️ Leave him “. He’s not your type”. He this and that”. But still, we Die here “OKO MI OLOWO ORI MI “

Anita Joseph is a Nigerian actress, dancer, television personality, and philanthropist. She was born on the 4th of January 1985 in Anambra State. Anita Joseph started her acting career in 2005 as a dancer before settling down to full-time acting.

She joined Nollywood in 2005 and rose to fame in 2006 after starring in the movie “Tears in My Eyes”. She is skillful, talented, and gifted in acting and interpreting movie roles.

Anita Joseph is known to flaunt her curve body and has been described by many as a controversial actress, who has issues with men. She has been featured in over 70 Nollywood movies including Sisters of Delilah, Open and Close, Tears in My Eyes, and several others movies.

Anita Joseph has won several awards and a number of nominations including the prestigious Most Promising actress of the year at the African Magic Viewers Choice Awards.

Anita Joseph was said to have married an old man, a businessman based in Aba, Abia State Nigeria. The marriage came to an end after 3 years of childlessness. Another rumor has it that she has a son and this is yet to be confirmed by her.

See also: Essential leadership skills for the next generation of leaders

Anita is rated one of the richest Nollywood actresses with a net worth of about $450,000 dollars. She has been widely described as controversial among her colleagues and fans. She is very talented and influential.

See also: Benefits of career counseling and how to Set achievable career goals